Well I think we all know by now that as long as there are strong pokemon in our world,vthere will always be weak and bad ones too. I mean if somebody can explain wormdams usefulness then maybe i’ll think about changing my opinion on that.

And we should also mention that we are grading these pokemon based on their use in competitive battle, which includes stats, movesets, you know the drill. Also we dont hate any of these pokemon we’re just going by the facts here. And as A caveat for this article we are only going to be talking about pokemon exclusive to alola instead of just all catchable pokemon because if we did all of them, almost no alola pokemon would make the list, except guzzlord that pokemon.

We are also only going to be using fully evolved pokemon as well because that is where the pokemon reaches it’s max potential for competitive use. If you guys enjoy this article be sure to leave a like subscribe and share this article with a friend and with that being said let’s get started. 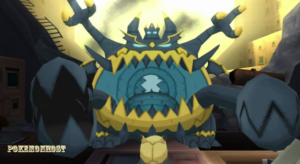 Oh man are people going to be pissed off at me. Coming in at number 3 we have the worst ultra beast competitive wise, of all time, Guzzlord. Like I said in a previous article one of the biggest misconceptions about this pokemon, is that it’s super bulky which is just not true. Sure It has A very high hp stat, but when you take a look at its defenses, that huge hp doesn’t really matter as much.

Also Check it out  Top 5 Pokemon Everybody Loves

Its typing also may seem good on the surface giving it some nice resistances, but when you look further into this pokemon there’s more good than bad. Because although yes those resistances are nice you also gain a lot of weaknesses to types like Fighting bug ice and most importantly fairy which is very common in the meta and its 4x weak to.

But I’ve already explained why this thing is so bad in the past, so of you want to know more about why I think this pokemon is so bad then check out the article here. 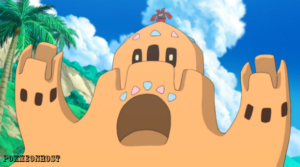 I really hate the fact that I have to put this next pokemon on the list, but there is no denying that one of the worst and most difficult pokemon to use is the sand castle pokemon Palossand. It’s a really cool looking pokemon, but battle wise it definitely has its weaknesses. First off, its stats are really not that impressive.

Sure that defense and special attack is good, but when you take a look at all of its other stats they are all pretty mediocre. And to add to that, it also has a ton of weaknesses 5 to be exact. And although is has a pretty good physical defense 4 of the 5 types are more of special attackers anyways. And with that horrible speed don’t expect to get any attacks off anytime soon.

I mean if this thing had storm drain instead of water compaction it would be so much better, but alas it doesn’t, so this pokemon sucks. 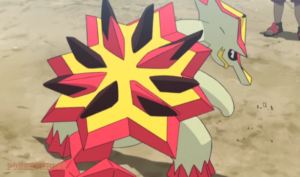 I gotta say one of my least favorite version exclusive pokemon of all time has to be this ugly piece of garbage turtonator. And not only is its design trash but, competitive wise, oh man is this thing bad. If you take a look at it’s stats the only good thing about it, is its defense, besides that, everything else is complete garbage.

Turtonator is just absurdly slow and has a weakness to Stealth Rock, making it very exploitable and easy to beat by Choice Scarf users. Also, Turtonator’s base 91 Special Attack, which is its best attack stat by the way, is not good. This pokemon is so lucky to have access to shell smash because if it didn’t, it probably wouldn’t have any use in the NU tier.

to strong special hits. We have to face facts turtonator is just a bad pokemon.