In the mid-19th Century, Biologist Charles darwin formulated a brilliant scientific theory called Evolution. This term is defined as a change in the heritable characteristics of biological populations over successive generations. And a pokemon that goes through a bevy of different characteristic changes is none other than the Iconic evolution pokemon itself, Eevee. 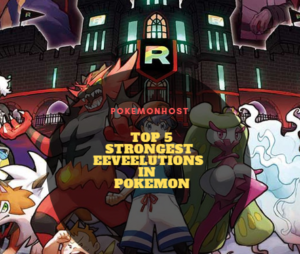 And with 8 different flavors of eeveelutions to choose from it can be a really difficult choice on which one you want to pick. So today I thought I could try to help narrow down the list of what eeveelution you should go with. And with that welcome to my Top 5 Strongest eeveelutions. Now the components I will be adding to help formulate this list will be a variety of different things including stats, movepool, typing, and overall usefulness in battle.

Now keep in mind articles like these are just my opinion and if you do not share the same one that is 100% ok. But I do try to be as objective as possible so take that for what you will. Oh and don’t forget to leave a comment down below of which eeveelution you think is the strongest.

Starting off this list we have one of the first three eeveelutions ever to be introduced in the pokemon franchise, Flareon. We’re actually going to be talking about it’s opposite counterpart Vaporeon. Now if it wasn’t for the release of the pokemon sun and moon metagame, Vaporeon would be MUCH higher on the list.

It’s got a monster HP stat to go along with good special defenses and a very nice support movepool with moves like wish and heal bell. And normally people run Vaporeon as a special defensive support tank, it can also be very effective as an offensive pokemon thanks to a good Special attack and access to z-celebrate, which boosts all stats by one stage. And on top of all of this Vaporeon also has a great ability in water absorb which can be used to check water type moves. Also check out Top 5 New Features For Pokemon Lets Eevee!

The problem with this pokemon though is like I said earlier, the edition of generation 7. The added Z-moves, tapus, and the fact the A LOT of the pokemon in these games are super offensive. Dhelmise, kommo-o, marowak, tsareena, bruxish, the ultra beasts, the tapus, and these are just some I just thought of. Not to mention there is also just better tanks out there. Do you guys remember when Vaporeon used to be in OU? Man how the mighty have fallen.

I think one of the most important things to have when building a good attacking pokemon is speed. And by far the fastest eeveluion in the game has to be the lighting pokemon Jolteon. Now sure this pokemon does have a cookie cutter strategy and is not very versitale, but just because it only has one use doesn’t mean that it’s a bad pokemon. 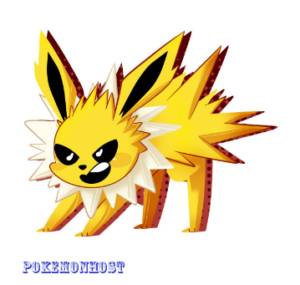 If it can do one thing really well then that can be enough sometimes. Typical sets I see from jolteon are thunderbolt shadow ball hp ice, and volt switch, to go along with a life orb. And although it’s know for having good speed and special attack Jolteon also has a pretty underrated special defense as well. The problem with this pokemon though is that like I said, it is very cookie cutter so its very predictable and can be easily checked by physical attackers. But with it’s good speed, special attack, volt absorb, and the necessary items and nature it still packs a punch.

I think you all know by now that pokemon heartgold and soulsilver are one of my favorite games of all time. Part of the reason why definitely has to be the new eeveelutions that came from johto. Espeon and umbreon have to be one of the coolest designs despite the fact that they are pretty simple. Top 5 Pokemon Everybody Hates

And winding up third on this top 5 list is my favorite of the 2 pokemon Espeon. Similar to jolteon, Espeon is a fast special attacker with good special defense but the difference between the two besides typing and abilities is the fact that espeon can be way more versatile the jolteon. You can of course run the typical all out attack with choice specs or you could run leftovers with calm mind. Either way they’re both effective.

It also has access to a very useful ability in magic bounce that prevents espeon from getting hit with status attacks. And movewise you don’t have much to work with from dazzling gleam, shadow ball, morning sun, psychic and of course calm mind. And that’s really what holds Espeon back, its shallow offensive movepool, makes it really difficult to deal with most Steel-types. 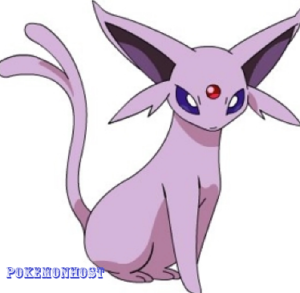 Furthermore, its Psychic typing gives it common weaknesses to Dark- and Ghost-type moves. And Finally, its bad physical Defense often prevents it from utilizing its ability to its fullest potential or switching in on most of the threats it checks. All in all Espeon is a solid pokemon but if had a bit better physical defense and move selection it would be a lot higher up on this list.

Without a doubt the best defensive eeveelution of all time has to be the dark type counter to espeon, Umbreon. This pokemon is literally the perfected version of vaporeon defensively. It’s got great defenses on both fronts and a good hp stat making it a very stally pokemon with lack luster attack stats and speed. 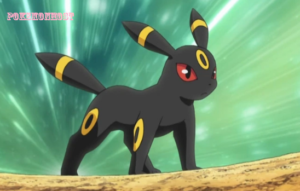 And with stats like this, Umbreon has the perfect movepool to compliment it with moves like toxic, heal bell, wish, protect, and foul play so you can pull off some damage. And im sure its not that hard to find horror stories from pokemon fans about how hard it is to take down an umbreon, and that’s because this thing is a tank. The problem with this pokemon though is those piss poor attack stats can make umbreon susceptible to being used as setup fodder for pokemon like snorlax, floregess, and runicles.

Also a weakness to common pokemon types like fighting and fairy doesn’t make life any easier. But that amazing bulk will at least be enough to take a couple of hits. Umbreon isn’t necessarily strong like in the conventional sense but strength can come in different forms and defensively Umbreon is a Monster.

When it comes to classifying what is the strongest eeveelution, I think everybody knew going into this article which one was going to be the best. I am obviously talking about the most recent addition to the eeveelution family, sylveon. Why is it so obvious you say? Well for one fairy types are just OP AS HELL.

It counters the former most powerful typing in dragon as well as a popular typing in fighting and for its weakness poison and steel, they can easily be countered by one ground type move. But the typing is not the only good about this pokemon. Stat wise Sylveon has got good bulk, a great special defense and attack with the same access to wish and heal bell. 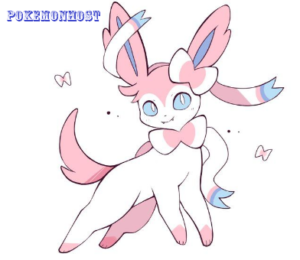 And I am not done there, those 2 moves aren’t the only awesome ones it gets. Moonblast, hyper voice, psyshock, shadow ball are all great moves to have. And with its AMAZING ability in Pixelate moves like hyper voice become even more effective in battle. Now of course sylveon has its weakness like physical attackers, scizor, and mega beedrill to be specific but every pokemon has its counter and you can’t say that sylveon is not the best eeveelution in the game. You’d be lying to yourself if you thought differently.