Pokemon Brown Game is a special GBC rom hack of Pokemon Red, having lots of features and updates. The Pokemon Brown download GB game is made by KoolBoyMan in the year 2004 having about 151 Pokemon in the pokedex. The region in which the whole gameplay happened is known as Rijon having new pokedex which includes almost the Pokemons from the Kanto Pokedex. However, in the 2009 Edition, you will find 224 total Pokemon in the pokedex, which makes the game more complex and advanced than the previous hack of Red Pokemon game. The Storyline of the games is changed a little bit with the addition of some new scripts.

Basic Info of this game:

Disclaimer: PokemonHost.com Don’t Provide ant Type of  Crack, Patch, Mod and Virus Containing Download setups. All the Setups given here for downloading purpose are 100% Tested and Working. If you find download Link not working or broken then report/email us [email protected]

As the game starts you will soon have to explore the whole area of Rijon which is too complex. Many new items and pokemon from Generation 1 to 5 has been part of the pokedex. The main character has to perform their duties and you have to call the professor. The Professor Lab is located at the southmost region of the area and you have to come across many challenges on the way. Soon you will realize that the enemies teams are present in the area who are always ready for a fight with you.

The new movesets of the main player as well the pokemon will inspire you to play a different kind of roles in the Pokemon Brown Latest game Version. Many of them will behave like the older hacks of FireRed while some of them are not like that. Also, keep in mind that you have to take control over many things, like the pokemon capturing in the area and so on. For Capturing the pokemon you will need a special skill to control and finally get a grab on them. They are very fast in the movements as well in the powers.

When the game resleased the creator of the game have included almost 151 pokemon in the pokedex of the area. That is similar to the Kanto Dex and many of them are from the Generation 1 to 4. One amazing Pokemon is from the Gen 6 as well. After some years the creator released other version of the game in which he increased the pokemons from 151 to 224 pokemons. So these pokemons were different this time from the kanto region pokemons. You will soon discover and find all of them in the Brown Pokemon Download.

One amazing fact about the game is that it has better pokemon evolutions and all of them are new methods. You will never explore in other versions, so they will make your gameplay experience maximum and will make you wonder about the latest script of the game. Also, each and every pokemon have nice collection of graphics effects in their clothing as well in their shapes. Soon you will come to know that there are different types of pokemons present in the area. Some of them can be catchable while some of them are not capable to catch. 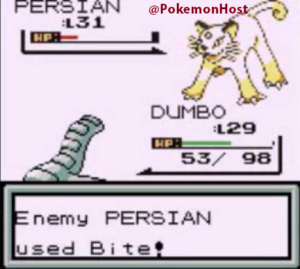 A new music track, including tunes from Johto:

One of the new features in Pokemon Brown is the inclusion of music tracks from the Johto region, which was introduced in the Pokemon Gold and Silver games. These tracks add a fresh and nostalgic feel to the game, and can be heard in various locations throughout the game world. Some of the new music tracks that players may encounter in Pokemon Brown include the Johto region’s title screen theme, the Lavender Town theme, and the Kanto region’s victory fanfare.

In Pokemon Brown, players will encounter various Gym Leaders throughout the Kanto and Johto regions. These Gym Leaders are powerful trainers who specialize in specific types of Pokemon, and players must defeat them in battles in order to earn Gym Badges and progress in their journey. Some of the Gym Leaders that players may encounter include:

Being a Pokemon Trainer in Pokemon Brown involves traveling through the Kanto and Johto regions, catching and training Pokemon, and battling against other trainers in order to become a Pokemon Master. As a trainer, players will have the opportunity to catch and train various Pokemon, and can use their skills and abilities in battles against other trainers in order to earn experience and improve their team. Also, try Pokemon Glazed (Updated)

Along the way, players will encounter various Gym Leaders, who are powerful trainers that specialize in specific types of Pokemon. Defeating these Gym Leaders in battles will earn players Gym Badges, which are required to progress in the game and access new areas. As a trainer, players will also encounter wild Pokemon in the overworld and can capture them using Poke Balls, as well as battle against other trainers in order to increase their team’s strength and improve their chances of success.

As soon as you move forward in the area and discover some facts about the game, you will come to know that the battle system is awesome. During the battle, you will realize and explore the amazing collection of graphics effects. The Rival teams have their own strength and they are ready for having a fight with you. Most of the characters are quite new in battling with you as well as they are quite experiencing in winning the battle.

Certain animation and graphics effects make the background of any battle really awesome and attractive. There are many places which are not given in the map and you will soon discover that these places have many enemies teams. There will be TMs in the game which can be learned easily and they will add some EXP Points. Also, the EXP Points can be increased in the game as well by winning different types and levels of missions in the game. Now it all depends upon the battle level which you are playing. 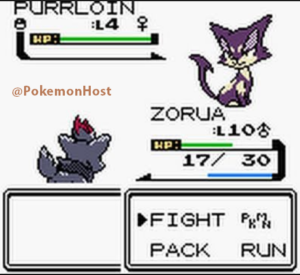 The game sound system has a nice collection of sounds and music in the game. There are many kinds of music in the game which increases the attractiveness of the game. Some new moves in the game have been added to the game which makes the game more complex to play. In total there are 4 new moves in the game. You will soon know that the tunes from the Johto region have also been added to the game. Now you can move in between in the buildings and will have a great experience in this game because we don has seen this kind of features in any other hack of pokemon games. Also,try Pokemon Soulstones RPGXP 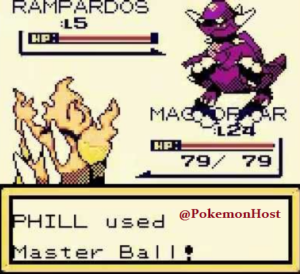 Some Amazing Features in the Pokemon Brown GBC: