Pokemon Ethereal Gates ROM can be downloaded from our website having new storyline and entirely different play area which have several kind of new puzzels. Pokemon Ethereal Gates Download is available for free which is created by PerihelionProductions. They work hard for making such an awesome game for all the Pokemon Game Lovers.

RPG Maker XP is the platform on which the game has been created and it is now in demo mode. The latest version for this fan made game was released in May 2018. Play the lead role in the area which is based in the New Zealand, collect some pokemon to complete the Pokedex with the contributions of Professor Hawthorne. He is the leading role of this Pokemon world and also he is the Pokemon Expert as well. Let’s dive into the article for exploring some amazing kind of features and facts of this game.

As the game starts you will be asked to choose Girl or Boy character to play and move forward in the game for complete some of the interesting pending missions. You are playing the character of protagonist, who will be leading many pokemon in the area. As far as the area is concerned you will surprised that the area is entirely based in New Zealand which is hard to cover. There are alot of adventures pending for you to cover for discovering some pokemon for completing the pokedex. The Storyline of the game is very interesting and quite different from the previous rom hacks of Pokemon Fire Red and Emerald Hacks. 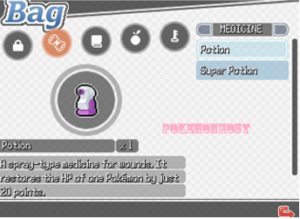 If you want to know about the behid story of this area, it is quite long story but short form is here. Long time ago, there was an ancient Pokemon which can travel directly between the world of the dead and the world of the living. This ancient pokemon was in the current area where this game has been made and many pokemon were under the control of them. This pokemon knows about this power, the ancestors have summoned this legendary Pokemon with a relic.

There are various kind of rumours in this area about the pokemon character. It is said that this Pokemon would appear and reviving the dead ones which is quite unique thing in this game. We have never seen a storyline like this but wait what comes ahead. And so, people keep battling and creating wars to decide who will own this Pokemon for themselves.

In this game, players are able to create and customize their own characters by choosing from a variety of hairstyles, clothes, and accessories. They can also choose the personality and skills of their character, which helps them to customize their gameplay experience.

There are a number of different ways that players can use character customization to enhance their gameplay experience. For example, they can use it to personalize their strategy for each battle. They can also choose which characters they want to team up with, in order to maximize their chances of winning.

Character customization is one of the many ways that Pokemon Ethereal Gates stands out from other games in the same genre. Other games usually limit character customization to things like hairstyles and skin colors, but Pokemon Ethereal Gates goes further by allowing players to create their characters’ personalities as well. This means that players can make their characters fun, funny or even relatable, which makes the game more enjoyable for them.

Pokémon from Generations I to VII:

Players can catch and battle all 251 Pokémon from these six games, as well as many new ones that haven’t been seen before in these titles. Additionally, there are new features and alterations to the Battle Frontier that have been added specifically for these games.

In Pokemon Ethereal Gates, you can explore all of the Pokémon from Generation I to VII. This includes characters like Bulbasaur, Charmander and Squirtle as well as some of the most iconic monsters ever created, such as Pikachu and Mewtwo. You can also battle against other players online or in real life, collecting coins and items along the way.

Professor Hawthorne is the best Pokemon Expert character who are supporting you in moving forward in the area and completing the pokedex. Some hurdels are always there for you to face because it makes the game difficulty more and everyone wants to complete the game missions as soon as possible. Interesting kind of pokemon are available in this area which is quite different from all the previous hacks of fire red and emerald as well. 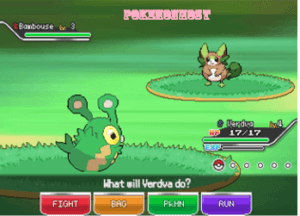 Wild Pokemon are always there and you have to capture them as well for training them proper. These wild pokemon behaves entirely unusual than any pokemon you have seen so far. So be aware from their deeds and behaviour. Completing the pokedex is one of the core task of the game and in this way you will complete the game as well. Also try Pokemon Eclipse Download [Updated Version]

Interestingly there are lots of gym leaders available in this area and you will came to know that they can be captured easily. While moving on the way, you will encounter many Gym Leaders of different gyms. Some of them belongs to the evil organization of Team Mythos, as we all know about the team Mythos as they are quite evil team in this area. You also know about the legend of Ethereal Gates, you want to protect them. There is a long way to go and wish you best of luck for your gameplay like in Pokemon Light Platinum Free Latest Version.

The battle mode of this game is also edited and made a new one. Now you will face different kind of challenges from your rival and enemies teams. They are waiting for having some battles with you. So be prepare yourself for making sure that you can defeat them and move forward for collecting and capturing different pokemon.

In the world of Pokemon Ethereal Gates, there is a day/night system that affects the way the characters and their environment look. During the daytime, everything is sunny and light, while at night it becomes dark and spooky. This system is used to add an extra element of suspense to the game.

It’s interesting to think about how different games would use a similar day/night system. For example, some games may have darker zones during nighttime where monsters are more active. Alternatively, maybe players can choose to play during daytime hours so as not to disrupt their sleeping schedules!

This system has a number of effects on the game, including changing the environment, altering the stats of certain Pokémon, and changing how trainers’ Pokémon behave.

The normal mode is for seasoned players who are familiar with the rules of the game. In this mode, the player’s objective is to collect all the stars and reach the final stage. The hard mode increases the difficulty by making it harder to catch Pokemon and reach objectives. The super hard mode is even harder than hard mode, as it requires quick decision-making and fast reflexes in order to survive.

Furthermore, there’s also a training mode that allows players to practice and perfect their skills before they try out the other modes. This is helpful for new players who don’t know how to play properly or for those who want to get a feel for how the game works before taking on tougher challenges. 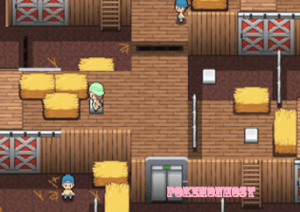 The way the game works is that you start off in Easy mode, and as you progress through the game, it gets harder and harder. The Hard mode is unlocked after you finish the game in Easy mode, and it’s much more challenging than the Normal mode. In fact, some of the bosses in the Hard mode are so hard that even experienced players may have trouble beating them!

There are almost some new pokemon included in the pokedex as well. Over 200 new pokemon are available to test and capture. Capturing pokemon is one of the most important part of the game which can be really awesome. As you move forward you will get the HP Points and levels are increased as you move forward. Wild Pokemon are available in several regions and they can be captured at any time. Pokemon from generations 1 to 6 are available which makes the game more interesting. 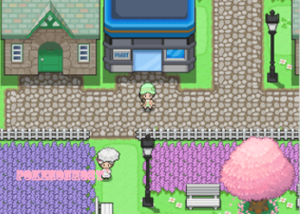 All of rival team members have taken almost all the starter pokemon and they have updated the pokedex. Some of the rival have stronger pokemon as starters. First of all you have the oppurtunity to choose the best starter pokemon you like the most. In Ethereal Gates there are various kind of game modes which can be choosen at the time of starting the game. All of these modes are different from each other and they have different difficulty level as well which may vary the gameplay mode.