I think it goes without saying that in order to have love in this world you also have to have hate. It’s like a yin and yang one can’t exist without the other and boy do people love to hate. Whether it be music TV shows movies in yes especially Pokemon.

It got my mind thinking what about the Pokemon that everyone hates? What pokemon are out there that the vast majority of people despise? And well today I’m here to answer the said question by giving you guys the top five Pokemon that everybody hates. Now of course not every Pokemon on this list is hated by everyone because that’s literally impossible to have but these five Pokemon are some of the most infamously hated in the entire series by a vast majority of the community.

With that being said let’s get started! 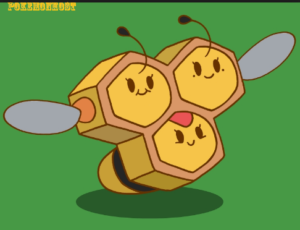 Coming in at the number 5 spot we have a Pokemon that has been the bane of my existence since its introduction in generation 4 male Combee. Now if this were a list of Pokemon that I personally hate then this Pokemon would be way higher up the list. Just look at this article here if you need any proof of that but since this is about everybody’s opinion I’ve decided to have it just barely make the list. Also, check it out the Top 5 New Pokemon For Pokemon Let&#8217;s Go Pikachu & Eevee

The reason why I decided to put it lower on the list is that I feel that male Combee is kind of underrated in terms of hate as not a lot of people even really remember this Pokemon. But for those who do remember this hot piece of garbage they can go on for days as to why this Pokemon sucks literal ass. Firstly if we take a look at purely its design you can’t argue how dumb and stupid it looks. Objectively it’s literally just a honeycomb with wings and three stupid faces on it.

But not only does its design look trash but stat wise Combee is just as bad if not even worse. I mean just look at it how can anyone work with this? Look when literally speed is your only stat over 50 you know the only thing this idiot is useful for is cannon fodder. Not only that but look at the moves! Sweet scent, gust bug, bite I mean what the hell is this sure bug buzz is a great move but you don’t actually get that move until level and by that time you should already have a vespiquen.

Oh yeah but that doesn’t really matter since the only way to get a vespiqueen is to have a female Combee. Yes, that means if you have a male Combee you’re essentially stuck with it for the rest of eternity. I wouldn’t even wish that on my worst enemy. But honestly, this wouldn’t be that much of a problem, right? I mean how hard is it to catch a female Combee? Well considering that the gender ratio is about 12 % female let’s just say you’re going to be spending a long time slathering honey on trees. 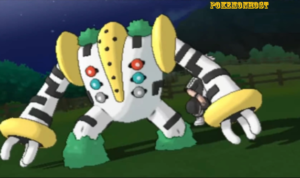 When it comes to legendary Pokemon they’re always viewed as larger-than-life beings that can pretty much destroy anything without breaking a Sweat. In most cases that reigns to be true with the likes of Rayquaza, mewtwo, Dialga, Palkia, Zekrom and of course the Titans. But one of if not the biggest disappointment out of all the legendaries to be introduced to the series has to be none other than the king of the Titans regigigas. I mean it’s just not good, is it? Check it our Top 5 New Features For Pokemon Let&#8217;s Go, Pikachu! and Pokemon Let Go, Eevee!

Regigigas was hyped up to be this absolute monster by Game Freak telling us that it moved continents and created the regitrio. When you take a look at it stats it definitely seems to look like that’s the case. I mean base 160 attack and no stat lines besides special attack under a hundred where could you go wrong? Well, there are two words you need to know. Slow start, for those who don’t know the slow start, is an ability that has the attack and speed stats of regigigas for five whole 5 turns. So that jaw-dropping 160 base stat is pretty much useless for 5 turns.

That’s plenty of time for people to capitalize on that and take it out. I mean, I know Game Freak had to nerf this Pokemon but did you seriously have to make it that Weak. It’s literally unusable and I have to say it’s also kind of sad when your own creations Regirock, Reggie steel, and regice are literally stronger and more useful than you like how is that Possible? Look I know I might sound like a broken record at this point but I have to say it again it’s just so disheartening that Game Freak hyped up regigigas to be this all-powerful God that can move continents and create powerful with the Reggie’s but then bring it down as low as it possibly can go with this dumb ability. If you’re gonna make a god make a frickin god don’t disappoint us like this.

So we all know how much Gen 5 gets ragged on for having bad pokemons so you gotta know that at least one of them were going to show up on this list. Since there are so many that are hated from the pokemon black and white games I’ve decided to limit the amount of Gen 5 Pokemon to just one. That may not make sense in the grand scheme of things but it’s my list and I do what I want.With that said this next Pokemon may sound contradictory considering it was in last week’s article but yes even though I like garbodor as a pokemon I can’t deny the amount of hate this pokemon receives. You cannot go a single worst Pokemon list on the internet without seeing this thing make an appearance. I mean out of all of the quote unquote bad pokemon that came from you nova most of them two people have some redeeming Qualities,

With the elemental monkeys it’s that simisage looks pretty cool and with vanilluxe it’s got some tie-ins to American culture but garb owner literally nothing about this pokemon is redeeming. It’s ugly it’s garbage and well it’s ugly. Even though that’s kind of the point people are repulsed by how much gross detail there is on garb owners design. I will say though the pig tails in mouth can be a little much at times – and the gross noodle fingers that shoot out liquids is just it’s just disgusting. But at the end of the day it’s a Pokemon based on trash and like it or not people don’t like looking at trash. That’s why naturally it’s always thrown out and I gotta say I don’t blame people for not liking a Pokemon who’s just glorified trash. Even though I like it.

I can see where people dislike it Garbodor, also symbolizes what is perceived by a lot of people to be one of the weakest generations in terms of Pokemon designs and ideas. A lot of Gen 5 lovers hate that because garb owner is always used against them whenever someone tries to argue how bad these games were. It also doesn’t hope that Garbodor isn’t the greatest Pokemon to use competitively. Without even that people just continue to call this Pokemon useless. and to be honest I feel bad for the guy who knows though maybe one day people will grow to love Garbodor. But I honestly doubt it.

Now I know, we talked about how disappointing regigigas was. But this next Pokemon on the list somehow finds a way to even top it. I mean when it comes to disappointments I can’t say there’s any bigger one than the unknown. I mean do we really have to go into it these things have to be the most useless Pokemon in the entire franchise. They’re weak, they no one move and they have very uninspired designs. I mean they’re literally just letters and punctuation marks nothing much else to them. Sure they didn’t need to be amazing design wise and not everything needs to be competitively sound.

But can they at least have some value in the game I remember watching the third Pokemon movie with the unknown and saw how powerful all of them were and thought? Hey maybe catching all of them would mean something I mean they’re important enough to get their own movie they gotta at least have some relevance in the game right. Nope, they don’t I spent days trying to catch all of the unknown thinking that it would unlock some super-secret special event. But no I just wasted days of my life and I know this is something other people did as well as I see many posts online from people complaining about how worthless and useless these stupid things are.

In considering you had to solve a puzzle to even find these things just adds up to it being a giant waste of time. Seriously Game Freak what was the point of all of this. 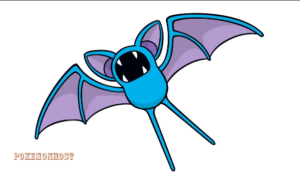 As Einstein once said, “Only three things are infinite. The universe, human stupidity and zubats in caves”. Yes, the number one Pokemon that everybody and their mother hates has to be Zubat. Now honestly there isn’t much to explain here as it’s pretty much self-explanatory. Ever since the Gen 1 game Zubat has always been a thorn in people’s side. Simply because of how often you run into this Pokemon in the wild. Especially when traversing through a long and annoying cave like Mount moon or Rock Tunnel. and at these points in the game, you’re likely not going to have much money as you just haven’t battled enough or you spent most of it on pokeballs and potions.

So it’s almost guaranteed you won’t have many repels to fend off these terrors of the dark. I mean look at these numbers you have a 79% chance to run into Zubat in mountain moon and a 55% chance in Rock Tunnel. That’s absolutely insane and if there’s the off chance you don’t have flash and you get lost in Rock Tunnel you could have to deal with this for a really long Time. It’s not just in the original Kanto games almost every single Pokemon game ever made has Zubat appearing at least once.

But usually more it’s literally been torturing multiple generations of players old and new. And if that wasn’t bad enough in the only games that Zubat doesn’t appear in being black and white. We were cursed with its u nova counterpart in whoa bad who appears pretty much just as often in caves as Zubat. No matter where you go or what games you play you cannot escape its curse. Even when you try to fight them off they constantly hit you with annoying moves like leech life, supersonic astonish, and confuse ray I’m honestly convinced this Pokemon was 100% made with the intent to drive players Insane.  I’m willing to bet anything that the majority of fans would agree there’s no denying it zubat has to be the most hated Pokemon of all time.