So I thought it would be fun to countdown the list of the Top 5 Hardest Pokemon To Obtain in Pokemon Ultra Sun and Ultra Moon. For this list I take into account how difficult it is to find the pokemon as well as how hard it is to capture the pokemon so this isn’t an opinionated article this is factual But if you guys would like to comment down below which pokemon was the hardest to obtain for you. 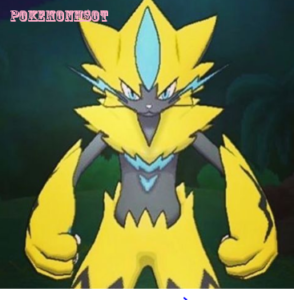 Now the first Pokemon on this list is a bit of a cop out which is why I decided to put it at the bottom of my list. But there’s is no denying that Zerora is a really difficult pokemon to obtain. Why is there no denying you say? Because of the fact that it is literally impossible to get this pokemon. Zerora is basically the Ultra sun and Ultra Moon version of Marshadow and in order to get it your gonna have to wait until the event comes out. Check it out Top 5 Pokemon Everybody Loves

And knowing gamefreak we’re probably gonna be waiting a very long time. And as A side note I really wish gamefreak actually did something with these events instead of just giving you the pokemon. Remember Victini or deoxys or the unreleased arceus event. They used try with these things man come on. Im not saying create a whole new storyline for Zerora but please just at least create a ultra wormhole world for it. Ranting aside yeah its a cop out but it’s still technically hard to obtain. 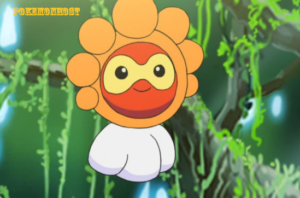 This next pokemon will definitely make you want to rip every single hair off your body if you’re trying to complete the pokedex. Especially because this pokemon is one of the most useless pieces of garbage to have ever been created in the pokemon universe. And i’m of course referring to the peter griffin version of a pokemon castform. Now in Pokemon Sun and Moon Castform was a pretty common pokemon to catch being available in multiple areas with sos encounter rates varying from 1-10 percent. Top 5 Pokemon Everybody Hates

But in Ultra sun and Ultra moon they have made castform incredibly hard to find. It’s still can be found throughout multiple areas of the game but now you only have a 1 percent chance to find castform through an sos encounter and you need to have certain weather effects active. That’s a lot of obstacles you have to maneuver around, and it’s just for a stupid freaking castform.

And not to mention that its catch rate makes life even harder for you with it having the same catch rate as Dragonite. All I can say is castform is not worth the trouble. 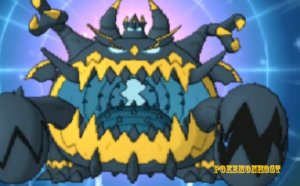 Have you heard of Ultra Space? Well to go along with the fact that you can catch every single legendary from previous games there, you can also find some very rare pokemon. One of which happens to be the Super rare Ultra beast Guzzlord. I mean sure if you find the right wormhole you’re guaranteed to encounter one, but finding the right wormhole is very very difficult.

Unlike Xurkitree and kartana, You’re gonna need a specific wormhole in order to find Guzzlord. In order to get one you will need to find a level 4 Ultra beast wormhole and if you (For this throh you can just show how difficult the traveling through ultra space is) But even if you do somehow manage to find a level 4 wormhole it’s not exactly guaranteed that you’ll actually get put into the world that has guzzlord in it.

And on top of that, its catch rate is the second lowest out of all the pokemon so there is no helping you there either. Guzzlord is just a pain the to capture and is a much deserved addition to this list. 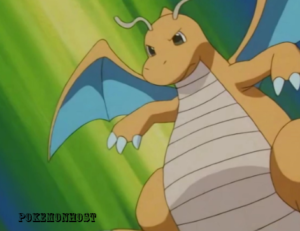 Now these last 2 pokemon are both really rare to find. In fact I did the math and these two pokemon are separated by just .01% it’s actually insane. The first of these 2 Ultra rare pokemon is Capturing a Lv 10 Dragonite. Not only is this a 1% Sos exclusive encounter that can be found in 1 area, but you also have a 1% chance of encountering dratini which, if you don’t know, is the only pokemon that can call dragonite as a sos.

But there’s good news and bad news. The good news is that if you use one of those special fishing bubbles the chances of finding both dratini and dragonite increase to 10 percent. The bad news is that the lv ranges for dragonite vary from 10-66 which gives you a 2% chance on top of that 10 or 1% chance of finding A lv 10 dragonite. And if you’re wondering why I am so fixated on having a lv 10 dragonite, its the lowest level its rare.

But just because dragonite is at a lower lv doesn’t make it any easier to catch, it’s still extremely hard. But if you’re looking for a challenge then catching a lv 10 dragonite will certainly give you that. 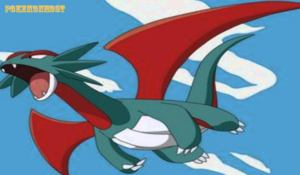 Well if you guys ever tried to get any rare pokemon in sun and moon then you’ll probably already know which pokemon is number 1 on this list. The Hardest Pokemon To Obtain in Pokemon Ultra Sun and Ultra Moon is Lv 9-12 Salamence. Yup in case you guys didn’t know on top of being able to get a lv 10 dragonite, you can also get a level 9-12 salamence.

And believe it or not this pokemon is even more difficult to find than dragonite. Because like dragonite salamence is also a sos encounter, but it only can be found on route 3 and has a 1% encounter rate. And the only pokemon that can call it is bagon, and guess what it’s encounter rate is? Well if you guessed 1% you’re right on the money big dog. And if do some math that gives you a .01% chance of finding a lv 9-12 salamence. Well if you can somehow find and obtain a salamence like this then there is no doubt that you are the luckiest person alive.