Ah the wonderful Pokemon, a gaming franchise that brought us childhood memories interesting stories, and of course pokemon. And with all of the these detailed… um that’s weird the picture should be moving. There are a lot of ways to classify an annoying pokemon. So today I decided to step into the frustrated realm of pokemon to talk about the top 5 most annoying pokemon of all time.

Now I need to get this off my chest, just because I find a pokemon annoying, doesn’t mean I hate said pokemon. A perfect example would be that I find lavar ball to be very obnoxious and annoying. But on the flip side I also find him very amusing and funny. Although with recent comments he’s made im open to change that opinion, but I rest my case.

And what i’ll be factoring in this article is not just a pokemon’s annoyance in competitive battle, but just wide range of things that can make a pokemon annoying. It could in game wise, competitive, or just really have a punchable face. I’m talking to you Wobbuffet. And I think you guys no the drill by now opinionated videos like these are just that, my opinion, so if you disagree with me that is completely fine, in fact leave a comment down below which pokemon you find annoying.

Well I’ve already talked about this type of pokemon earlier on in the video so there’s no point in beating around the bush here. Coming in at number 5 we have all pokemon that can either learn arena trap, shadow tag or any ability that prevents you from fleeing battle. In case you guys don’t know abilities like arena trap basically prevnts the opponent from fleeing a battle. Also check out Top 5 HARDEST Pokemon To Obtain in Pokemon Ultra Sun and Ultra Moon 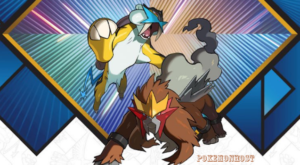 Where it definitely has its uses against roaming pokemon like suicune raikou and entei, it’s really just a frustrating process for someone who just wants to get through the area. Now this really is just a bit of a nit pick because in reality, not being able to flee from battle unless you knock out the opposing pokemon is not that. BUT it is really tedious when you are just trying to get through an area like route 13 in kalos, but then constantly keep running into trapinch that have arena trap every 5 steps that you take. Again it’s really minor thing, but still annoying nonetheless.

I think it’s safe to say that everyone here has at least done one nuzlocke of a pokemon game right? Well if you somehow were living under a rock for the last 5 years and don’t know what a nuzlocke is essentially it is a much more difficult way of playing a pokemon game. 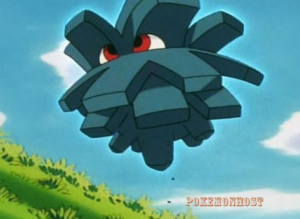 The most important rule that I want to focus on for this segment is the fact that if a pokemon faints in battle, it is considered not usable and cannot ever be used again by the player. The reason why I want to focus on this rule is because of the next pokemon im going to be talking about which are all pokemon that can learn the move explosion or self destruct but the ones im going to be focusing on are pineco and the weezing line because they’re the most common. Also check out Top 5 BIGGEST MISTAKES In Pokemon Ultra Sun and Ultra Moon

In case you guys don’t know self destruct and explosion are basically moves that do a button of damage at the cost of destroying your own pokemon. And with its insane power, and how common the move can be found in other pokemon I cannot count how many times my nuzlocke runs were ruined because of these 2 stupid moves. And by far the most common pokemon that beat me with these moves are weezing and pineco.

Back in the days when I used to play a bit more of the competitive scene I can remember a lot of pokemon that were extremely annoying to come up against.  Honestly there’s only 3 things I need to say, serene grace, iron head, and body slam. And if you don’t understand why those 3 things are so freaking aggravating, allow me to explain it to you. 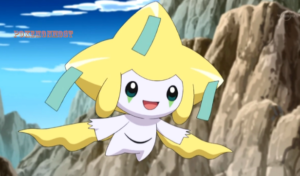 Serene grace is an ability that Boosts the likelihood of additional effects of to occur. This basically means that moves like iron head and body slam have double the chance to activate their secondary effects giving it a 60% chance to paralyze and flinch. So essentially this pokemon is used to paraflinch your pokemon until you die. And I know that doesn’t sound that bad, but it takes absolutely no genius to use, and it’s really frustrating to never get a hit off with your pokemon.

And even if you manage to come close to beating this pokemon, all jirachi has to do is use wish and all of that damage you did is basically negated. And trust me, you’d be surprised at how many times you can get a flinch off an iron head. This little piece of doodoo gave me so much anger that I had to stop playing competitive all together. Jirachi, like I said, takes absolutely no intelligence to use, it’s completely luck based and I think that’s what annoys me most about this pokemon. Seriously screw serene grace.

I think a list about annoying pokemon cannot be complete without the legendary toilet bird itself pelipper. Now I did say before the video started that I didn’t hate all the pokemon on this list, but this one has to be an exception. I mean it made my top 10 worst pokemon list for a reason, and that’s because I freaking hate pelipper. 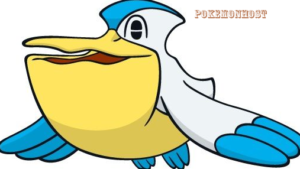 Listen I am a BIG fan of the gen 3 games, Pokemon ruby sapphire and emerald are games that I can replay millions of times and not get bored with it. But that’s the thing I’ve played these games so many times that I’ve noticed one thing that I really didn’t like about these games. Do I really need to explain why that is annoying? It just stalls out battles even longer than it has to be and when your doing a nuzlocke, supersonic can potentially mess up your whole entire team.

Not only that but this thing also looks so dang ugly like ughhh. And don’t even get me started on the fact that it loses speed when it evolves that is seriously the dumbest thing ever which in hindsight does work for the dumbest pokemon ever. Pelipper is literally the spawn of Satan and the fact that it got an upgraded ability in drizzle to bring it to OU just makes things even more worse. Now I have to see this stupid thing more, great…

Remember how I talked about how pokemon with explosion ruined nuzlocke runs for me? Well there happens to be one more pokemon that is even worse than them. Hard to believe I know. But the number 1 most annoying pokemon of all time has to go to the patient pokemon Wobbuffet. And what a fitting species name, because you really do need a lot of that if your going to take out this pokemon. 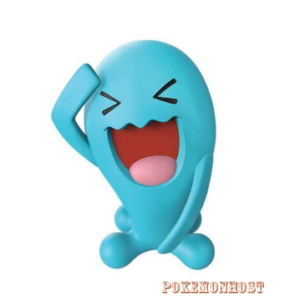 Now I know I have already included all pokemon that have the ability shadow tag, but Wobbuffet really deserves its own spot because this pokemon has so much more annoying qualities than just shadow tag. First off I don’t know about you guys but was I the only person that found jessie’s wobbuffet to be completely obnoxious in the the anime. I mean sure it was funny the first few times it said wobbuffet, but that joke got old very quickly.

But that is a bit more of a subjective opinion so let’s get back to the nuzlocke runs. One of the main reasons why this pokemon is labeled a nuzlocke winner has to be because of the moves that it can run being mirror coat and counter which deals back double the damage it receives. And combine that with it’s massive bulk you pretty much got yourself a pokemon that can potentially one shot you. But I get that, it’s part of its whole punching bag gimmick. But seriously gamefreak did you really have to give this thing destiny bond too.