Fire, Water and Grass. These three types are often commonly associated with starter Pokemon. And choosing a starter Pokemon is often one of the most difficult decisions to make. But I think we all know by now that there can be some really really strong starter pokemon.

And to show how strong and important starter pokemon are I decided to make a list of the top 5 Strongest starter pokemon. Now let me just say that this list not about my favorite starter pokemon, it’s about starter pokemon that are the best in competitive battle. And don’t worry this won’t be a list full of megas although I will say there will be some on this list.

They’re really strong you just can’t avoid that. And before we start honorable mentions go to contrary serperior, empoleon, and mega swampert they are all really strong pokemon but there are a lot of strong starters and so few slots to fill some have to get left out.

Now for the first pokemon on this list I had a really tough time choosing between 2 starter pokemon, that being Mega swampert and Mega Venusaur.  So I decided to make an executive decision and choose Mega Venusaur to start off the list. Reason being is that Mega Swampert needs the rain in order to be its most effective. Without it it’s just not fast enough to compete with most pokemon. 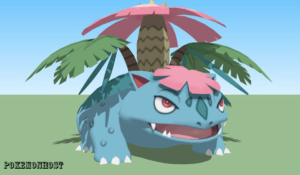 But with Mega Venusaur it reaches its max potential from the get go. With Venusaur’s mega evolution it becomes a great support tank with its upped stats and new ability thick fat which halves the power of 2 types that venusaur is weak to, that being ice and fire. The latter of which is one of the most used typings in vgc and smogon format. But not only does venusaur have the bulk and stats but it also has a wide range of moves to make it versatile.

You can give it leech seed and synthesis to make it a very stally pokemon or make it a more physical tank with moves like swords dance and petal blizzard. And the Only pokemon Venusaur really have to worry about are psychic and flying types. And even though it does have its thick fat you still have to be a little wary of those fire types. But all that in mind Mega Venusaur was a much needed upgrade and makes it a real force to be reckon with. Also check out Top 5 Most ANNOYING Pokemon

When Sinnoh was the newest region in the pokemon franchise one of if not the most popular pokemon at the time was infernape. And who can really blame us? It has an interesting origin being based on Sun Wukong from Chinese folklore, is one of the most loveable characters in the anime, and come on it just looks awesome. But not only does this pokemon look amazing it also is a great pokemon to use in battle. With it’s wide range of useful moves like mach punch and close combat to its overall well-rounded makes infernape really anything you want it to be… well I guess it can’t be a tank because its defenses and hp are pretty garbage but besides that it can be anything you want to be. And not to mention its hidden ability iron fist which basically powers up moves with punch at the end, can be very useful for moves like it’s stab priority mach punch.

All in all infernape is one of the most versatile pokemon in the game. its got the speed, can work well work with almost any item, and has the stats and moves to be either physical or special attacker. You just gotta watch out for the pokemon that can eat up those hits.

Now before you guys upset me, because I know you guys have not living threat comments at the ready. Why hannock moi why you gotta be so mean. Let me explain why charizard is on this list. It’s not here because regular charizard is good or anything because it’s really not it’s it’s pretty garbage. 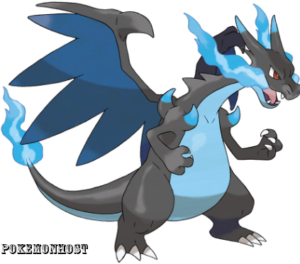 Charizard makes this list because of it’s two mega forms specifically Mega charizard X, although I much rather prefer Y. Well just go check out this article or something I don’t know this my channel but i don’t know. But anyways The 2 Mega Charizards are both very useful in competitive battle. With Megazard x being more of a physical attacker and megazard Y being more of a special attacker. The reason why I say Charizard X is better competitively though is because of the fact that it loses it flying typing and replaces it with the dragon typing.

Not only is dragon one of the best typings in pokemon, but it also loses its 4x weakness to stealth rocks. And if you know anything about competitive battle at least one pokemon on everyone’s team has stealth rocks. Plus Charizard X has a lot of things going for it. It has A solid move pool, an amazing ability, and really good stats. Check out Top 5 Hopes For Pokemon Ultra Sun and Ultra Moon

Not to say that charizard y doesn’t have all that stuff but X is just a little bit better. But of course charizard has it weakness. The pokemon charizard have to watch for are dragon types, bulky water types, and bulky ground types… which shouldn’t be a thing because they fly but whatever… it’s ok i guess. On it’s own charizard is a pretty shite pokemon but put any one of the mega evolutionary stones on it and it becomes a pretty decent pokemon.

Now this may come to you as a shock but Greninja is a very strong pokemon. What a revelation I know. But seriously it’s no surprise that Greninja would make this list. I mean its one of the strongest pokemon period let alone the strongest starter. And I’m talking about either form Greninja with protean and gunk shot or ash greninja with battle bond and water shuriken it’s really a pick your poison situation. 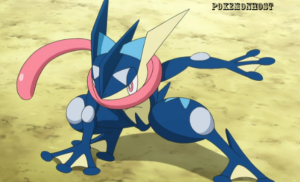 And thanks to it’s amazing speed regular greninja can work as brilliant spikes user or a good revenge slayer with a choice scarf. Either way they are both effective. As for Ash greninja all you really have to do when you activate battle bond is spam water shuriken or any attack for that matter. Just look at both of its attack stats is there anything else I need to say.

I mean what else can I say though that hasn’t already been said Greninja is a pokemon that demands our respect and I think it’s pretty fair to say that it has gotten it.

I think you guys already saw this coming the strongest and most broken starter of all time goes to blaziken. At first glance its stats are nothing special they’re actually below average barring its attack and special attack. Sure those 2 attack stats are incredibly high but it doesn’t have the speed to dish out those attacks and doesn’t have the defenses or HP to eat up any attacks.

So what makes blaziken so great? 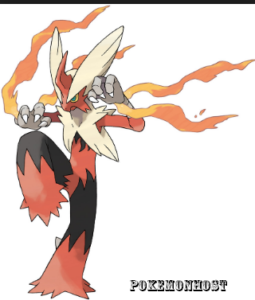 Well, there is only 2 words you need to describe why blaziken is the strongest starter pokemon of all time, Speed Boost. Yes this hidden ability single handedly pushed blaziken from a crap starter competitively to one of the most broken pokemon in the entire game. In case you guys don’t know speed boost is an ability that raises the pokemon’s speed by one stage at the end of every turn.

Literally all you need to do is have protect as one of your moves, use it first turn, and then flare blitz or hi jump kick till you win that’s literally all you have to do. By the time that first speed boost kicks in you should already have enough to outspeed most pokemon as long as you invest 252 evs into your speed. And if doesn’t just protect again after you use flare blitz. And the best or worst part depending if you’re using or fighting blaziken is that it doesn’t even need it’s mega evolution you can just life orb it.

The mega evolution is just too much. Now of course there are counters to blaziken like giratina and bulky water types but you can’t tell me that this strategy for blaziken isn’t one of the most broken things of all time. And that is why Blaziken is the strongest starter pokemon of all time